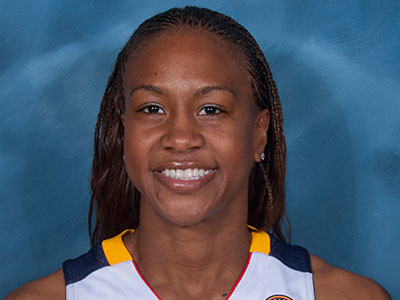 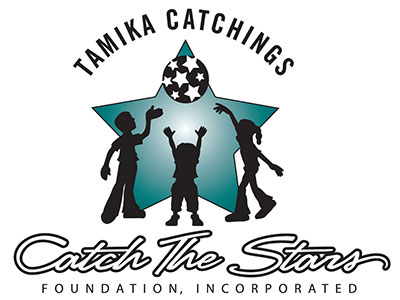 Learn more about
Tamika's Cause
Donate

Tamika Catchings works to empower youth to achieve their dreams by providing goal-setting programs that promote literacy, fitness and mentoring.

Indiana's "do-everything" forward, Tamika Catchings returns for her 14th season in the WNBA. A true champion, she led the Fever to the WNBA championship in 2012. The current president of the WNBA Players Association, she also is a two-time winner of the league’s Kim Perrot Sportsmanship Award, earning the honor in 2010 and 2013.

Catchings is also a three-time Olympic gold medalist for the United States, medaling at the 2004 Olympics in Athens; the 2008 Olympics in Beijing and the 2012 Games in London where she served as a U.S. tri-captain.

One of the country’s most highly-regarded citizen-athletes, Tamika Catching's "Catch the Stars Foundation" is just a glimpse of how hard she works for her community.

Catchings launched the Catch the Stars Foundation in 2004 to assist disadvantaged youth in helping to achieve their dreams. Catchings understands that the youth of today are the stars of tomorrow and the lack of support for our youth results in many never reaching their full potential.

The Catch the Stars Foundation empowers youth to achieve their dreams by providing goal setting programs that promote fitness, literacy and youth development. Its programs are targeted to youth throughout Indianapolis, with a specific emphasis on supporting and assisting under-served and low to moderate income communities. Catchings conducts fitness clinics and basketball camps at numerous locations nationally with canned food items being the only cost of admission. The canned food items are annually donated to Gleaners Food Bank of Indiana for Thanksgiving. Current programs for her foundation include a college scholarship program for Indianapolis high school scholar-athletes; the Catch the Stars Youth Holiday Basketball Camp; Catch on to Fitness Clinics; Catchings Corner (donated Fever game tickets) and S.T.A.R.S. (Sisters Teaching and Reaching Sisters).