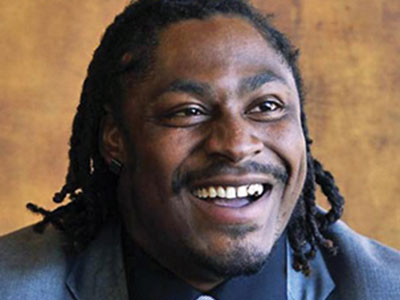 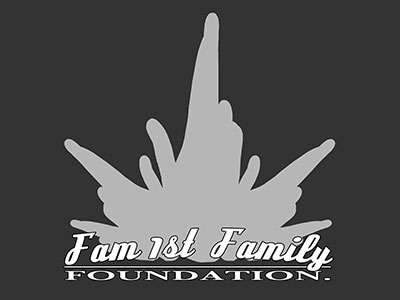 Marshawn Lynch is dedicated to uplifting and empowering youth in the San Francisco Bay Area and throughout the United States.

Marshawn Lynch is an All-Pro running back for the Super Bowl Champion Seattle Seahawks of the NFL. He was drafted out of college #12 overall in 2007 by the Buffalo Bills and spent three seasons with Buffalo before being traded to the Seahawks in 2010. Upon arriving in Seattle Marshawn experienced a career resurgence rushing for over 1,000 yards each season, earning three consecutive Pro Bowl selections and winning Super Bowl 48 against the Denver Broncos.

Motivated by his difficult upbringing in Oakland, CA Marshawn and his cousin Josh Johnson, quarterback for the Cincinnati Bengals founded the Fam 1st Family Foundation in 2006. The mission of the foundation is to improve the lives of children by mentoring them on the importance of education, literacy, and self-esteem. Various events and programs have been set up throughout the Bay Area to provide opportunities to help those in need and work towards the eventual goal of opening a youth center in Oakland. This center will be a place where underprivileged kids can come and learn the skills they will need to succeed in the outside world.

Community involvement is very important to Marshawn and his foundation. Each year they host a series of events in Oakland to serve this community. Every November on the steps of Oakland Tech High School where Marshawn and Josh were students they host an annual Turkey Drive. 250+ turkeys and sides are given out the Sunday before Thanksgiving. There is also an annual toy donation to local organizations funded by the foundation. Marshawn delivers toys to hospitals as well as other organizations throughout the Bay Area. Each March the Foundation hosts a Celebrity Bartending event to raise money for the foundation, and this June the Foundation will host its 2nd annual Celebrity Golf Tournament.