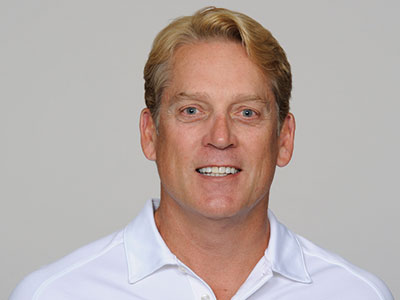 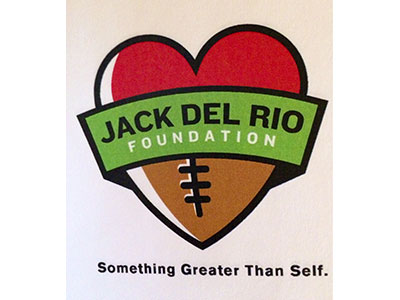 Jack Del Rio seeks to energize, educate and enrich the lives of underserved youth through the generous investment of financial support, time and devotion.

Jack Del Rio is a coaching veteran of 17 seasons, including a nine-year stretch as head coach of the Jacksonville Jaguars from 2003-11, Del Rio is the defensive coordinator for the second time under Head Coach John Fox, as the two spent the 2002 season together in Carolina. A veteran of 11 seasons as an NFL linebacker, he was drafted in the third round (68th overall) of the 1985 NFL Draft by New Orleans and went on to make the NFL’s All-Rookie Team and earn the Saints’ Rookie of the Year award.

Our future is our children, but for far too many of our young people, childhood is marked by difficulty, challenge and despair.

The Jack Del Rio Foundation was established to help improve the lives of children in Northeast Florida. We believe that every child deserves a safe, loving, happy, healthy environment in which to flourish.

Jack Del Rio believes that ultimately, our most valuable possessions are the things we give to others. Coach Del Rio recognizes the importance that so many people have had in his life and persistently strives to give something back. He is driven to be a part of something greater than self. Join him as he works to give hope and help to our children in need.